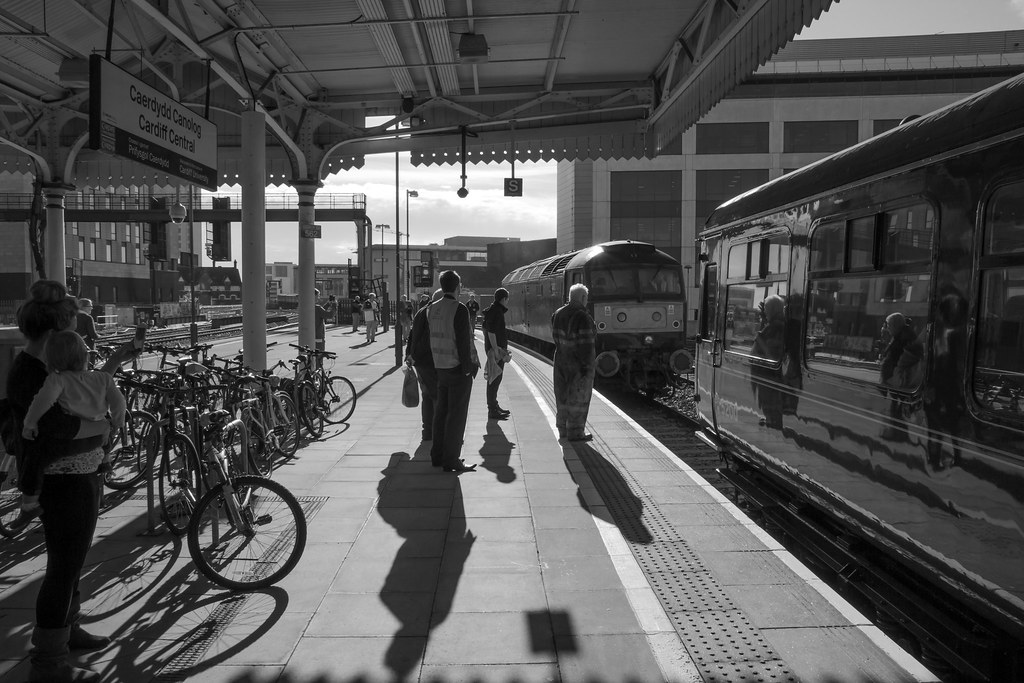 West Coast Railways‘ class 47 locomotive 47746 backs onto its train at Cardiff Central on 19th May 2017. This was the outward portion of a private charter train to Shrewsbury which would return to Cardiff steam-hauled behind Flying Scotsman.

This was not the shot I had planned, and I had intended to photograph the train from the adjacent island platform in order to keep the sun behind me. But I quite liked certain aspects of this view with the expectant figures and long morning shadows on the platform.