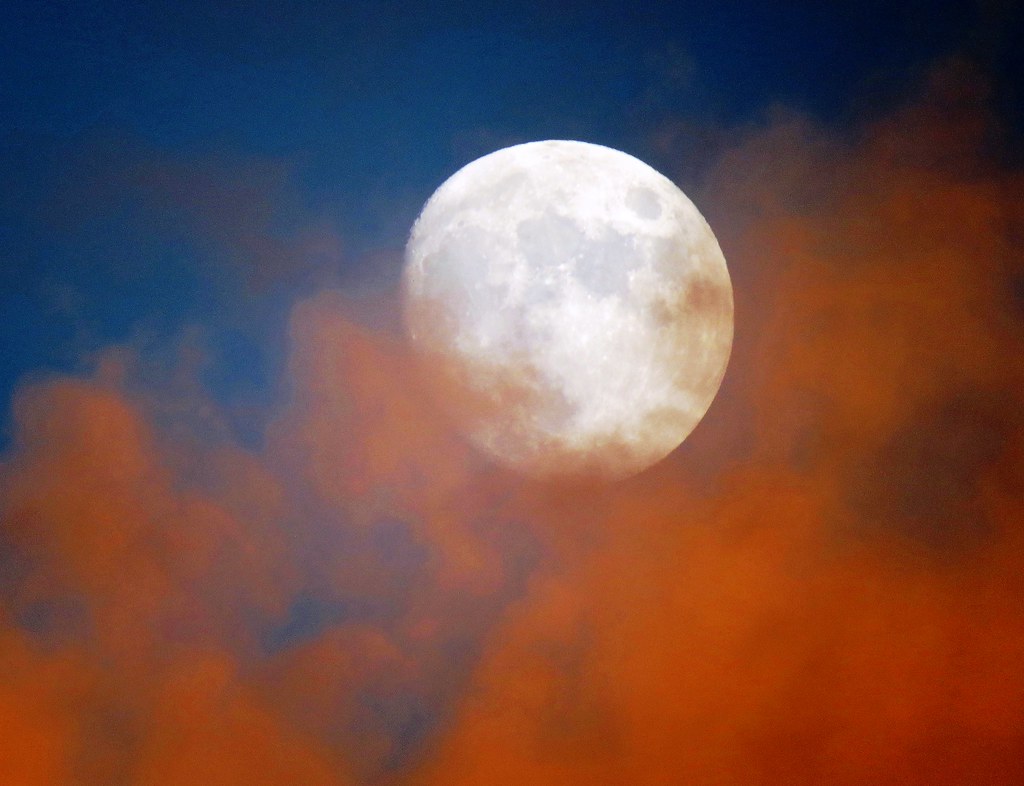 A full moon was rising over a misty sky as the sunlight lit up the misty cirrus clouds that gave a vivid orange glow to contrast with the blue night and white reflections. The moon controls are ocean tides and is our only satellite the firth largest one in our solar system. It takes 29 days to orbit the earth. It is about 92 million miles away. It is about 1/4 the size of earth and is more egg shaped then round. There is no atmosphere and no wind and temperatures can vary from from 253° F (123° C) to -387° F (-233° C). Humans landed on the moon in 1969 and brought back moon rocks. One human had there ashes sent to the moon on a spacecraft in 1999. The moon inspires lovers, poets, scientists, artists and many songs. Sometimes I want to give the moon a big hug and say thanks for being there to reflect the sun and help us tell time and just looking cool.